You are at:Home»Press Release»‘Andi Mack’ Games, Polls, Trivia for Kids to Stretch Knowledge

The event takes place January 15, 2018, during a new episode of “Andi Mack,” airing simultaneously on the DisneyNOW app and Disney Channel. After the episode there will be a special telecast with the stars of the show, “Andi Mack Cast Party” (8:30 p.m., EST/PST), on Disney Channel.

Leaderboards and poll results for the “Andi Mack Live Play” quizzes, trivia, polls and other elements will dispay on DisneyNOW in real time for both the East and West Coast transmissions.

“We’re increasingly employing our app technology in creative ways to meet the expectations of our young viewers who enjoy participating in polls, stretching their knowledge with trivia and games, and reaching the next level of achievement all while simultaneously being entertained through their favorite stories and characters on TV.” – Kimberly Hicks, vice president, Digital Media, Disney Channels.

The DisneyNOW app [http://DisneyNOW.com] is available to all. A press release says the app has a comprehensive collection of the newest and best content from Disney Channel, Disney XD, Disney Junior and Radio Disney. “Fans can use DisneyNOW to access full episodes of their favorite Disney Channels television shows on demand for free anytime, anywhere on their desktop, smartphone, tablet or connected TV devices. Viewers who sign in with a participating pay-TV provider can also watch a live 24-hour feed of the respective network and access exclusive programming events.”

This “Andi Mack Live Play” is the eighth Live Play programming event Disney Channel has run in the past 18 months.

According to Nielsen ratings, the audience tripled for the most recent event in October 2017, “Descendants 2 Live Play.” Nielsen reports that more than 6 million votes were cast during the event. 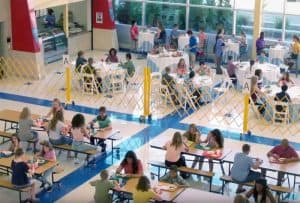 Alan brings new and interesting news for readers. He is a news writer and editor for a number of news websites.